A Christian Charity for the Extreme Poor

Bright Hope is an international Christian charity whose mission is to bring Hope to those living on less than $2 a day.

We envision a world where under-resourced, local, in-country churches transform their communities and bring Hope to the extreme poor.

What Is Charity in Christianity?

Why is Charity Important in Christianity?

How Do Christian Charities Help the Poor?

Effective Charity Through Local Churches Around the World

We have been engaging the local church around the world for more than 45 years in the global fight against extreme poverty in their communities. Each community within the countries we serve has its own unique needs. Yet, the one thing they all have in common is an established group of Christ followers. These churches provide an already existing infrastructure within rural areas and slum communities that has an established reputation, reach and influence. When properly engaged and carefully resourced, they become a well-run, accountable entity for holistic transformation.

Through our years of experience we have seen the church be courageous in loving those considered unlovable, be generous in times of crisis, and willing to help all peoples regardless of religion. We have found building into an already existing unit like the church is more effective in life transformation and helping lift the extreme poor out of their situation than trying to establish something new.

At Bright Hope we believe in the power of a holistic approach and have a three-tiered development model centered around:

Implemented through local, in-country churches in extremely poor communities around the world, we have seen our holistic approach bring change to individuals and communities. We hope you will join us in pursuit of this transformation.

What Is Charity in Christianity?

“There is no greater love than to lay down one’s life for one’s friends.” John 15:13

In John 15:13, Jesus called Christians to a life of love. In fact, He modeled that love in His incarnation, life of service, sacrificial death, and resurrection.

In the language of the New Testament, there are four different words for love. But the one Jesus used in John 15:13 stands above the other three. Agape love points to the unconditional, self-giving love of God. It’s the kind of sacrificial love that God the Father demonstrated in sending His Son to reconcile us to Him.

Agape love forms the foundation of Christian charity. When we choose to share our resources with the extreme poor, we imitate God’s extravagant, others-focused love.

Why is Charity Important in Christianity?

As we just learned in John 15:13, Jesus defined agape love as laying down your life for the good of someone else. Then, in the next verse, He explained: “You are my friends if you do what I command you.”

Did you hear what Jesus said? We become His friends, His partners in transforming this dark world, when we love like Him! And not only that, we become more and more like Jesus when we give selflessly.

A few chapters earlier, in John 13, Jesus described the one characteristic that should identify Christians: love. And not the butterflies-in-your-stomach, fickle feeling pushed in the movies. But the self-sacrificing, others-focused, unending love that is defined by God’s character.

In John 13:35, Jesus said: “By this all people will know that you are my disciples, if you have love for one another.” When Christians give to individuals and families in need, non-Christians can see God’s agape love in action through us. But when we don’t love selflessly, we miss an opportunity to show non-believers God’s generous, extravagant love.

How Do Christian Charities Help the Poor?

Bright Hope is only as strong as its Allies. And our Allies are amazing! They consistently exhibit agape love to the often-forgotten extreme poor.

Let’s hear from one Nikki, a Bright Hope ally and critical care nurse who has traveled with us to Uganda twice.

In Nikki’s words:“When my heart was shattered by the poverty I saw in Uganda, one of the doctors said, ‘Don’t focus on being sad for what they don’t have. Instead, focus on how happy they are for what they do have.’ This comment changed my entire perspective. When you see the work that Bright Hope does, it changes you forever!”

Nikki continued:“The most impactful story that I have been part of as a Bright Hope Ally would most definitely be meeting Paul. In 2019, I was serving as an intake triage nurse. We were made aware of a sick little boy lying in a grass hut. He had malaria, a 108-degree fever, and needed immediate medical care. After giving him IV fluids, Tylenol, Ibuprofen, antibiotics, and antimalarials, Paul was a changed boy with a huge smile!” (Without these simple treatments, readily available in America, many kids die from malaria and other treatable diseases.)

And a year later, Nikki learned that Paul now attends church and he is doing well in school. He is happy, healthy, and ALIVE!”

When we love like God, He changes us. Sure, He will absolutely improve the lives of the poor when we share generously with them. But when our gifts flow from His supernatural, agape, others-focused love working through us, we are the ones that leave transformed!

Support Our
Most Urgent Needs 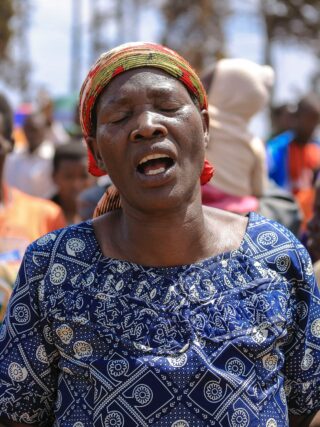 Our Medical Ministry Brings Hope to a New Community 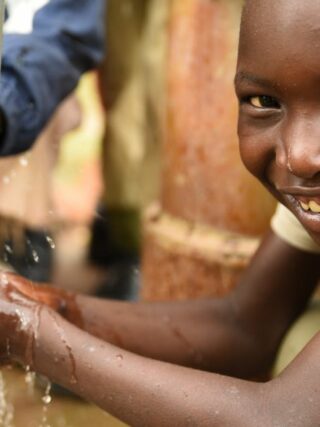 Do Something Good Today! #GivingTuesday 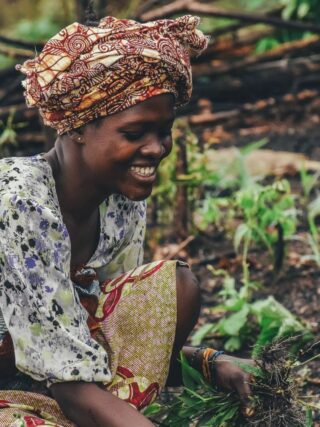 How to Practice Gratitude 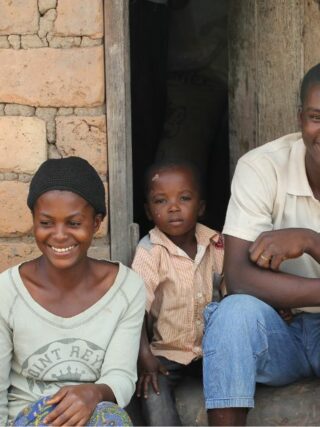 Developing a Heart for Missions: Why Give Eternal Hope to the Poor?